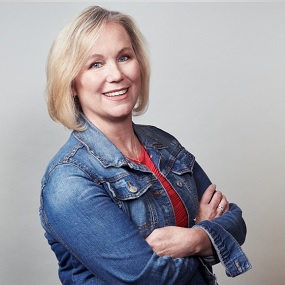 Since joining Verizon in July 2019, Christy has reimagined HR practices to keep Verizon at the forefront of the digital transformation. By optimizing talent programs and building a more dynamic leadership capability, Christy and her team have supported the company's growth in key businesses and markets.

Core to her strategy is to foster an inclusive workplace and infuse greater equity across Verizon's processes, behaviors and operations. Her advocacy for workplace diversity has led to a number of industry recognitions for Verizon's commitment to equality and inclusion, including honors from Forbes, Women's Business Enterprise National Council (WBENC), Working Mother, Hispanic Association on Corporate Responsibility (HACR), Black Enterprise, Human Rights Campaign (HRC), Disability:IN and Military Friendly®.

With the world becoming increasingly digital, Christy is preparing Verizon's workforce to deliver on the promise of 5G. By supporting a culture of continuous development and learning, all teams, no matter where they sit in the organization, are ready to accelerate Verizon's business strategies and build the future.

Christy holds a Bachelor's Degree from Cornell University's School of Industrial and Labor Relations and lives in New Jersey with her spouse and four children. In 2017, she was inducted as a fellow to the National Academy of Human Resources, recognizing her career contributions to the field of HR.
Close