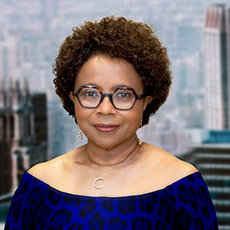 Smalls has more than three decades of leadership experience in the public and private sectors. She previously served in dual roles as EVP, Global Head of Inclusion Strategy, Viacom, and EVP, Public Affairs and Chief of Staff, Nickelodeon. During this time, she developed best-in-class diversity and inclusion initiatives and advisory councils that inspired employee engagement and fostered a collaborative culture, while driving innovation and business results. She established Viacom's Employee Resource Groups globally and expanded key partnerships in international markets. As Chief Of Staff for Nickelodeon, Smalls also partnered with the network's President to manage day-to-day operations.

Before joining Viacom in 1993, Smalls was the Chief of Staff for U.S. Congressman Robin Tallon (D-SC) and served in South Carolina Governor Richard Riley's administration. She was the first African-American Chief of Staff for a white Southern Member of Congress.

Smalls is a founding member of the Black Economic Alliance and serves on numerous boards including the American Theatre Wing, the International African American Museum, the James Beard Foundation, the Heisman Trophy Trust, and Synovus Bank/South Carolina.

Smalls holds graduate and undergraduate degrees from the University of South Carolina, where she was awarded an Honorary Doctorate of Humanities. Additionally, she founded the Marva Smalls Endowment, which has awarded more than $1.5 million to programs for youth and families, as well as a $1 million endowment to the Ronald McNair Center to support aerospace students from underrepresented populations. She resides in New York and South Carolina.
Close