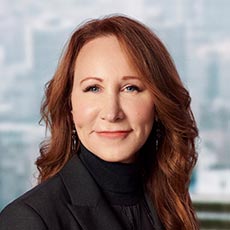 Phillips previously served as the Executive Vice President, Chief Human Resources Officer at Nielsen, as well as on the Nielsen Foundation's Board of Directors. Under her leadership, Nielsen was ranked No. 2 on Forbes' "Employers for Diversity" list and received multiple "Great Place to Work" awards globally. Prior to joining Nielsen, Phillips was Chief Human Resources Officer of Broadcom prior to its sale to Avago Technologies, the largest technology deal in history at that time. Before that, she led the HR organization for Hewlett Packard's Imaging and Printing Group, as well as the company's Enterprise Services business group, a global organization with more than 120,000 employees. Prior to HP, Phillips served as Executive Vice President and Chief Human Resources Officer for Fifth Third Bancorp, a diversified financial services company with $133 billion in assets. Earlier, she spent 11 years with the General Electric Company serving in a variety of HR leadership roles.

Phillips is active in a range of professional associations, and, in 2006, received a YWCA TWIN (Tribute to Women) award in Silicon Valley for her commitment to diversity and inclusion. She is also a member of the Board of Directors of FranklinCovey, a NYSE-listed company specializing in business consulting and leadership training. Phillips began her professional career as an attorney, and is a member of The Florida Bar. She earned a B.A. in English from the University of Delaware and a J.D. from Samford University in Birmingham, Alabama.
Close